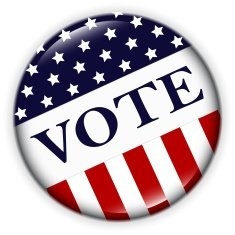 We Are Ready to Make a Prediction

The presidential election is right around the corner and we are ready to make a prediction. Yes, we realize it is a bold move. Before we get to the prediction, just a few facts are in order:

If Biden wins, we should expect to see a slight increase in personal and business taxes. A Trump victory and we would expect no roll back of the tax cuts he implemented, especially in a post COVID-19 recovering economy.

Differences in views on climate, infrastructure, supreme court judges, immigration, social justice, and foreign policy dot the viewpoints of each candidate. Perhaps this is more magnified from past elections, perhaps only because of the bright light that social media and multiple news outlets shine on every detail from each candidate and the campaign staffs that support them. Perhaps 2020 is just a historically different year from an election standpoint? Not likely.

Each presidential race is unique along with each presidency. To the degree that history matters, it tells us that we probably should not put too much stock in political outcomes as a market driver. Policies may matter, but larger economic forces usually matter much more. As a result, pulling out of the stock market when either former President Obama or President Trump was elected because of political concerns was, in hindsight, a big mistake—markets favored both. Politics keep us engaged and that’s a good thing, but strong political views potentially can interfere with sound investing decisions.

So, our prediction? It’s probably not the prediction you were looking for. We think the presidential election is a toss- up. But from a market perspective we predict that no matter who wins, the principles of long- term investment principles will prevail, as they always have.

All performance referenced is historical and is no guarantee of future results. All indices are unmanaged and may not be invested into directly.